FREE UK EXPRESS DELIVERY ON ALL ORDERS OVER £80

The ones that got away: Shop Restocks!

FREE UK EXPRESS DELIVERY ON ALL ORDERS OVER £80

The ones that got away: Shop Restocks!

Now reading: How much are you actually influenced by the moon?
Share
PrevNext

Everyone knows the moon’s presence gives you a superhuman sense of smell, sight and hearing. If you’re a werewolf. Or if you’re an insect, fish, bird, mouse, rat… the lunar cycle influences all of these creatures. But with humans (*crowd boos*), there’s still a lot of fuzzy ground about our closest celestial body. It gets blamed for all sorts: crime, mental illness, road accidents, suicides, sexual encounters in public...bit salty to blame it all on the moon. Still, whether you’re conscious of it or not, that pale, hazy dream is far from a faraway satellite. Where science meets myth meets magick, it actually plays a shining role in your everyday life…

Saturn-day, Sun-day, Moon-day. How this diabolical first day of the work week is named after our nighttime friend, we do not know. Well, we do. The Babylonians named each day of the week after a ruling planet, which were named after ancient deities. The Romans continued the custom, designating Sunday and Monday as the first two days of the week. And now, Moon day is our moody, slow, shadowy struggle for energy, after staying up all weekend hosting parties on The Sims. 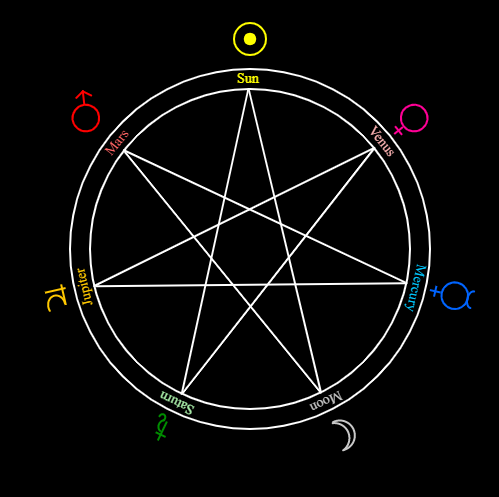 Oh, and if it’s raining as well, that could also be the moon’s influence.

Researchers from the University of Washington found that a high moon creates “bulges” in the atmosphere which can affect rainfall.

Dark side of our mood

During history’s lesser-informed past, humans boiled mental illness down to the word “lunatic”, derived from the Latin lunaticus meaning “moonstruck”. People have believed our mood is influenced by lunar cycles for centuries - many still do. Does the moon make us mad? Or is it just a lie to distract us from the fact society is insufferable?

A psychiatrist named Thomas Wehr found that the moods of patients with rapid-cycling bipolar disorder (switching between depression and mania more quickly than usual) synchronised with the lunar tidal cycle. Some said this may be due to moonlight disrupting sleep (and therefore mood) but Wehr thinks people may be sensitive to the moon’s gravitational pull. Birds, fish and insects are all influenced by the earth’s magnetism, so a study in 2019 tested human brain waves for magnetic effects. The results showed a reduction in brain alpha waves - like, brain chemistry was literally affected by magnetism. So, it’s a possibility. Also, the reason we drink eight Diet Cokes and one glass of water a day is because: hydration. Because, we’re 75% water. We’re basically walking oceans, with another ocean in our brain that keeps all our thoughts sloshing around (mainly at 3-actual-AM on a workday). Anyway, these patients - Wehr thinks - may be responding to the moon’s gravitational pull the same way the oceans do. As the moon waxes and wanes, the tide changes. And so, maybe, do our moods, just on a microscopic scale.

In Jonathan Black’s Secret History of the World, he writes: “If you observe oysters in a tray for a month, you will see that they wax and wane with the moon. Modern science has confirmed that the pituitary gland behaves like an oyster." If life began in the waters, it makes sense that our bodies still retain the mechanisms - even if they’re no longer of any use.

I see the bad moon (and crime rates) a-rising

You’ve probably heard talk of criminal activity and a full moon. And you better believe they plug us right into the suspicions of our collective unconsciousness. Studies have suggested that outdoor crimes and anti-social behaviour rise significantly when the moon is in its full glory. Some police even strengthen the squads during this stage in the cycle - how magickal of them. But it might not actually be moon magick at play here. The most likely cause of increased crime - according to researchers - is likely just the practicality of more light in the night’s sky.

This article didn’t really need writing, because clearly the moon is an icon and we’re lucky to be in its presence. But we’re people who like to know why. And we like to put it into words. The moon is on our shoulder bags. It’s on our fluffy jumpers. It’s on our cosmetic cases. It’s a mirror into our human psyche and reminds us to retain our glow, even in the dark. It reminds us of the vast existence of the universe. A face in space we can see with our own eyeballs. It lights a path for nocturnal wanderings, illuminating grass with its strange paleness. It makes us dramatic AF. Poems, songs, art, this very deep blog post - the moon inspires intense contemplation and interpretation. When our backs are turned on the sun, the moon remains our constant friend in the uneasy darkness of night.